This Miami avant-garde project was formed in 2001 by Kenny Cordova and fellow musicians David Burgos and Omar Tavarez. The group has hosted many different lineups from bass, trumpet, piano and drums to three horns and an upright bass, and also substituting the keys for guitar. Their debut album was released in June of 2009 titled “Mouvements”, and featured Bobby MacIntyre on drums, Nick Rosen on keys, David Burgos on horns, and Kenny Cordova on bass. They since have spent countless hours of documenting and exploring new concepts and ideas. These sessions have mostly been documented at MacIntyre’s Studio 71 in El Portal, and how Bobby quickly morphed into an “Agent” and became part of the nucleus as well as engineer and co-producer of countless hours of exploration. “The goal of these recordings was to capture moments in music where musicians are able to be free in a state of euphoric collaboration” – Cordova.  “Improvisation takes on the lead factor where pushing to document this space between musicians (“Dark SoundMatter”) at the height of creativity…….is the avant-garde”. 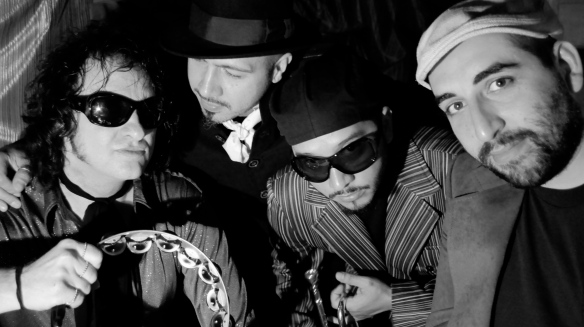